Mexican chef Jorge Vallejo was recently invited to swap restaurants with Mauro Colagreco from Mirazur (4th Best Restaurant in the World) for a special 5 day event in which Vallejo and his team from Quintonil flew to the south of France and set up home in Menton for the week whilst at the same time Colagreco was making his mark at Jorge’s restaurant back in Mexico City.

Jorge Vallejo is a protégée of Pujol’s Enrique Olvera and has developed a fine reputation in Mexico and overseas.  He is known for showcasing vegetables and greens and in fact the name of his own restaurant refers to a Mexican herb.   Whilst many of the ingredients available to Vallejo were completely different in France compared to Mexico, what remained the same was the ability to source most of his produce from the local gardens of Mirazur – something he is used to doing back in Mexico and something Mauro would have no doubt appreciated as well whilst cooking over there.

Having eaten at Mirazur a number of times both with Mauro at the helm and with guest chefs taking over such as Alex Atala (D.O.M) and Andoni Luis Aduriz (Murgaritz), this meal by Vallejo has to be one of my favourites at this restaurant so far.    Jorge managed to consistently produce both beautiful and tasty dishes that had the perfect balance of taste, texture and creativity.   So often these days the creativity of a dish takes precedent over flavour but not in this case. I can see why Mauro has such respect for Vallejo as there are elements of their styles and approach to cooking that are very similar.

From a table looking out over the sea and the beautiful coastline of the Cote d’Azur we started the meal with a selection of small tasting dishes, of which my favourites were the Burnt red onion with marinated wild boar,  the Don Julio Margarita spheres and the Abalone and Rabbit Chorizo with dried pineapple crisp accompanied by a delicious glass of Billecart-Salmon rosé.

Next up was “Nixtamalized persimmon, bonito and stracciatella.”   After many questions about the definition of “Nixtamilised” we reverted to google and discovered it’s a term used mainly for corn and the process used for making tortillas.   They used the same process with Persimmon which created a really interesting dry texture but quite sweet.   Alongside the beautiful tuna and soft, creamy stracciatella this was a match I’d not seen before but made in heaven.

Throughout the menu there were hints and suggestions of Mexico coming through but always with a touch of France and the Med.  Two dishes that best demonstrate this were the  Tortilla Soufflé with Wild Mushrooms, and Gamberoni from San Remo, mussel sauce with tapioca and caviar.  I am not a big fan of tapioca and this turned me off alot of the Atala dishes I had eaten here before – but this dish was lip smackingly delicious.

Every course was delicate and so carefully balanced with sweet, salty and sour notes.   The moderate addition of the citrus sauce on the John Dory dish (with chihuacle pepper, citrus, black garlic sauce and Jerusalem Artichoke puree) was so pungent and strong and yet it beautifully complimented the other flavours and alighted my taste buds.   Sweetbreads with onion broth, hibiscus gel and white truffle was another stand out “wow” dish that melted in your mouth.   The Lamb dish with mole was a conversation starter, incorporating a mousse of grasshopper!   I devoured this like everything else, although my eating companion was not so keen!

The desserts were just as good with the final dessert also sparking debate.  The combination of quince and comté was certainly different and slightly bizarre in the mouth to start with but it really did work well.

The wines were all delicious too but the one really worth mentioning was the sweet wine Domaine Lafage, Ambré, Hors D’Age – a non vintage blend of Grenache from Languedoc-Roussillon.  Aged in oak barrels, this wine, deep amber in colour as it name suggests is rich and complex.  It had a really interesting floral nose with hints of roasted coffee and dried apricot and tasted of beautiful candied fruits and brioche.

All in all another awesome culinary experience at a beautiful restaurant with a stunning view, great company and excellent service too!  Thank you to the team at Mirazur for the invitation and to the lovely, very charming and humble chef Jorge Vallejo for bringing his talents to the Riviera. 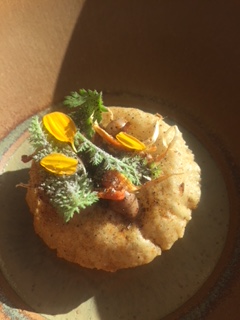 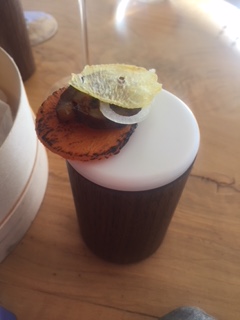 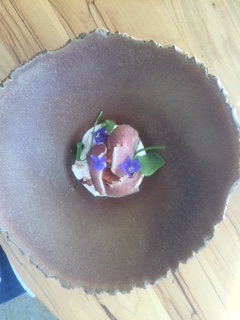 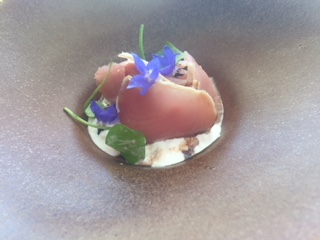 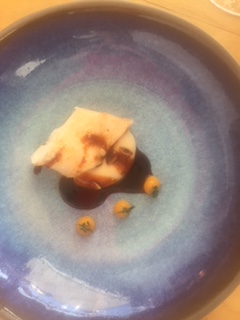 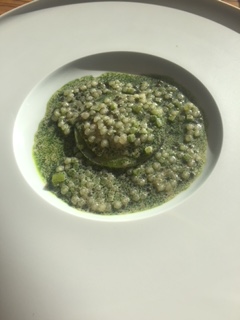 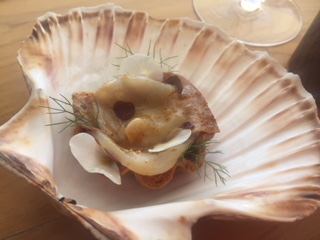 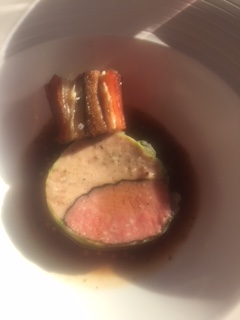 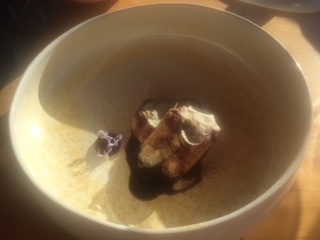 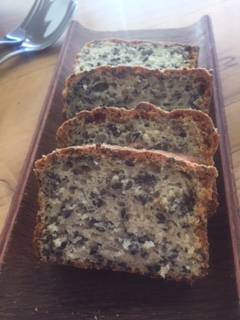 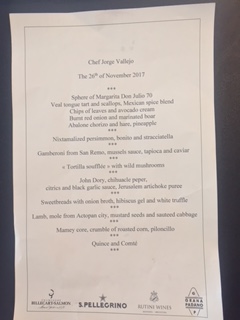 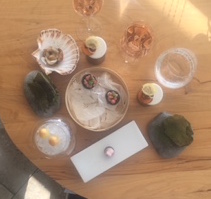 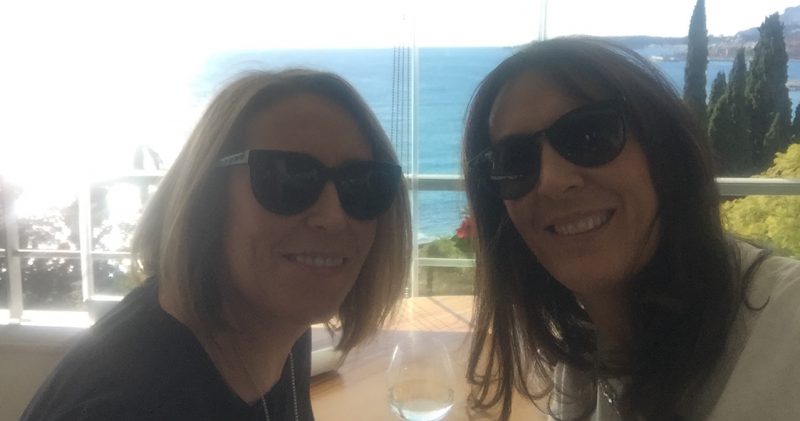