Best Restaurant in the World

Since Eleven Madison Park in New York has just been voted the World’s Best Restaurant I thought it would be apt to share my memories of an exquisite meal I had there not that long ago. It certainly goes down as one of the best food experiences in my life. Any restaurant that insists on you keeping 4 hours free for lunch has won me over before they’ve even started! This also happened to me recently at The Fat Duck , another mind blowing experience, but I’ll talk about that another time.

The level of attention to detail from the outset was extra-ordinary – they got in touch in advance to enquire about the reason for our visit and knew exactly who we were the minute we walked in the door – wishing us an unprompted Happy Anniversary within seconds. Anyway, back to the food. If I remember correctly we had about 17 courses which in my mind was a few too many – there were alot of standout dishes but there were also a few I barely remember so for me it would have been better to focus on a few less and all standout but that’s just my opinion. 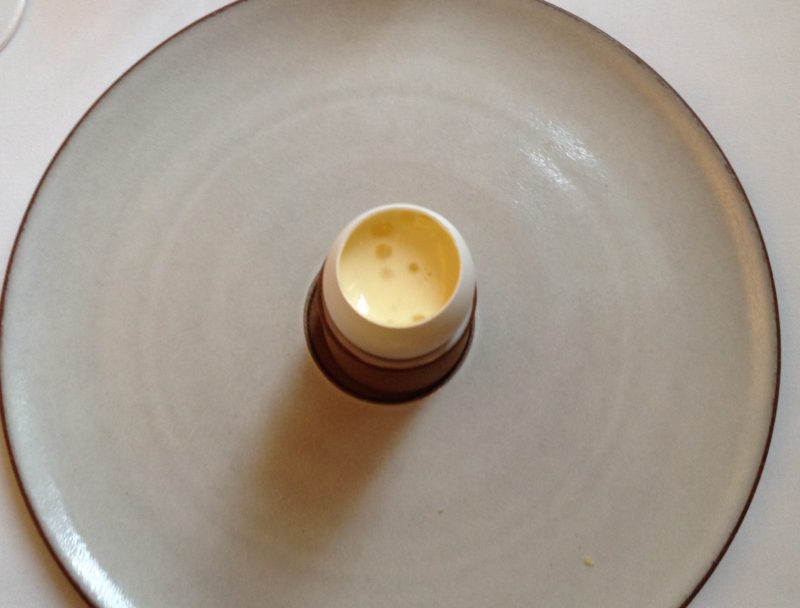 On arriving at our table we were given a square card which had four different symbols on it representing a maple leaf, a cranberry an apple and a fennel. We were asked to choose one of these flavours that would influence the meal we were about to eat. My other half chose apple and I chose fennel and from there the meal began. We both received almost identical dishes but the flavour profile on each was ever so slightly different, with mine being a bit more bitter and Julien’s more refreshing. 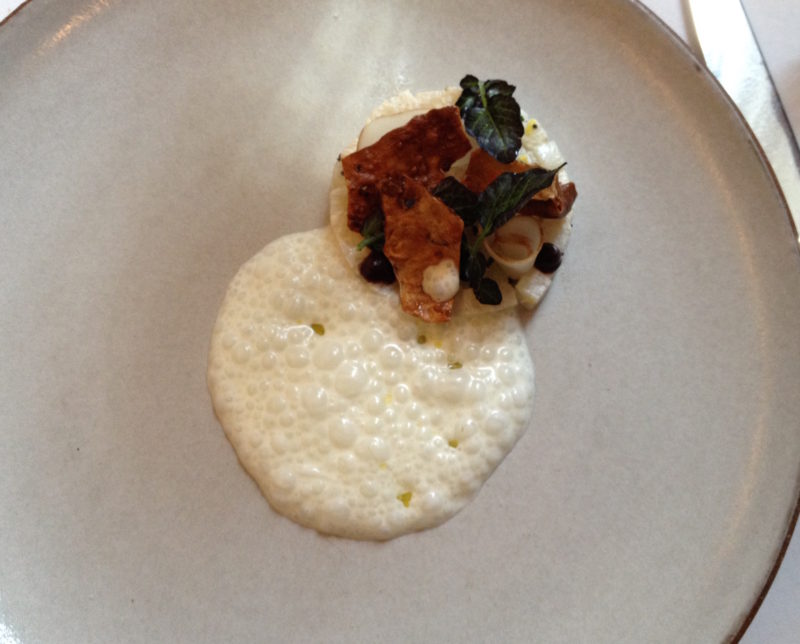 I won’t go through every course as it will take too long and I want to leave some suspense for those of you that haven’t eaten there yet, but for me the dishes that stuck in my mind were as follows: their take on the traditional Katz pastrami sandwich (which made us laugh as we’d only been to Katz for the very first time the day before); the Waldorf salad which they made at your table; the honey lavender roasted duck was probably one of the best courses along with the very simple Celeriac and Truffle – which was just that, 2 flavours on a plate and lip smackingly delicious. 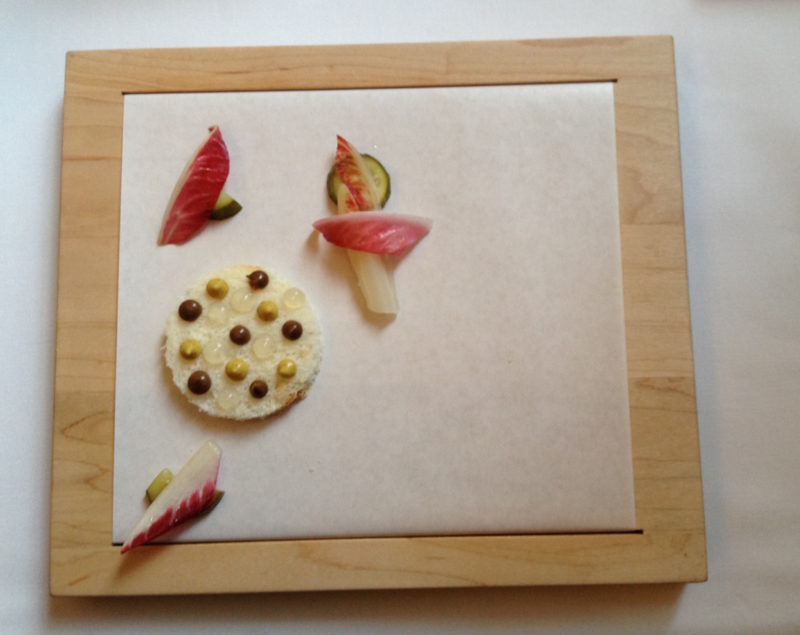 It’s actually quite hard to pull out only a few favourites as it really was yummy food and creatively thought about from start to finish. Oh I nearly forgot to mention the picnic basket brought to your table with their own home brewed beer with separate fennel and apple flavours! Every single thing had been thought about and just as well really since it was the most expensive meal I had ever paid for until last week in Bray! Needless to say it was worth every penny. Enjoy the pics. 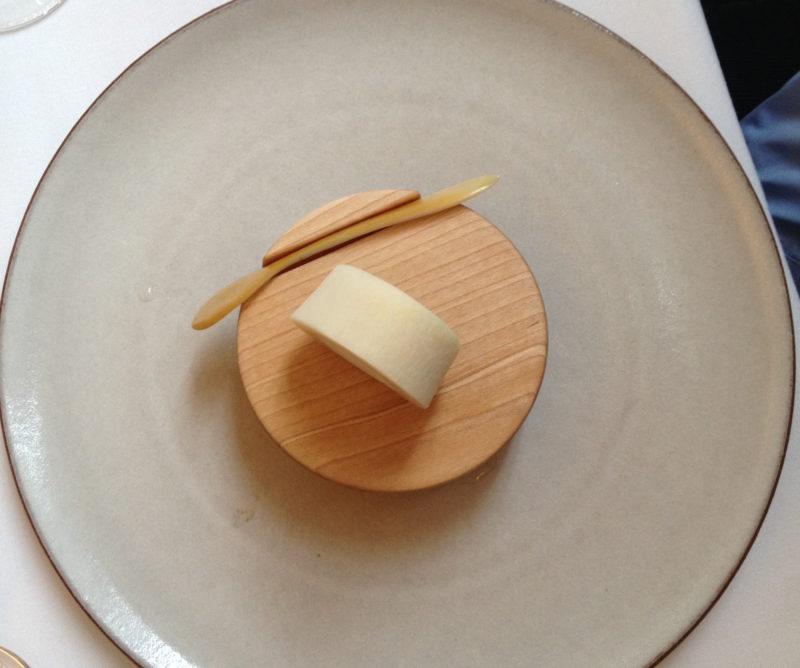 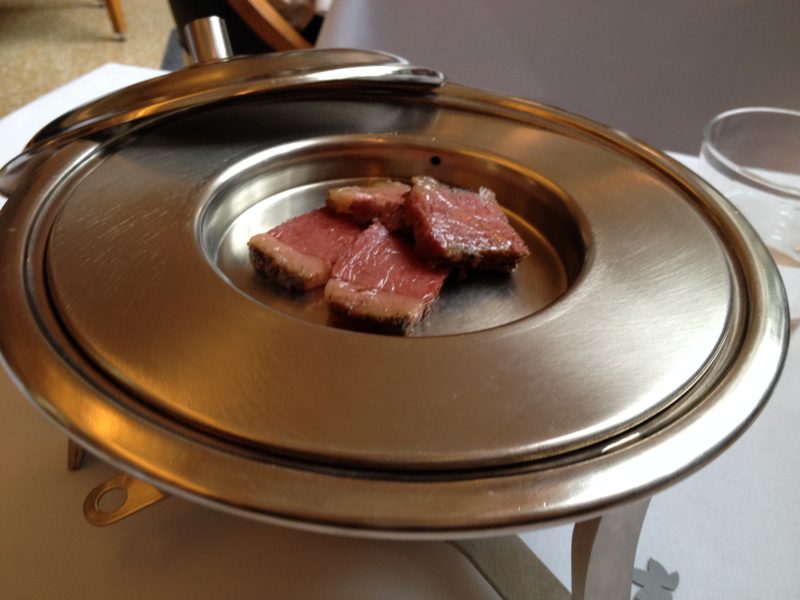 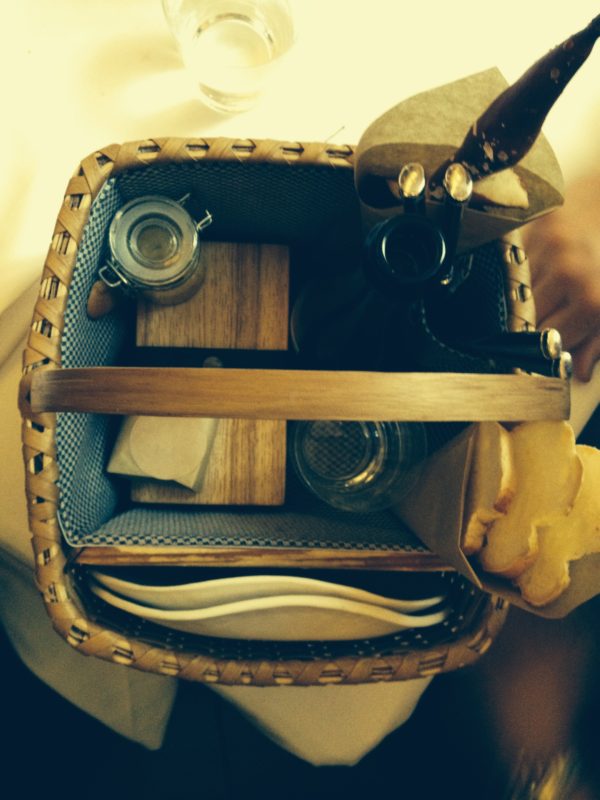 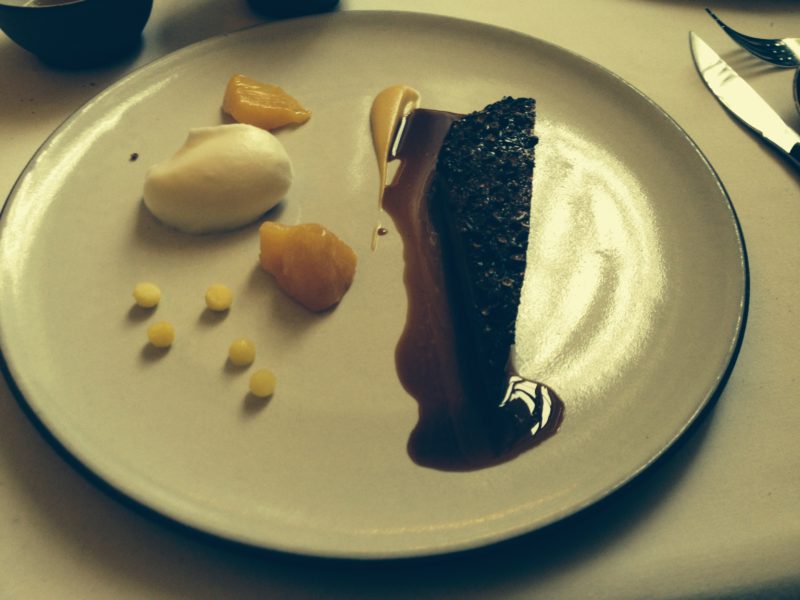 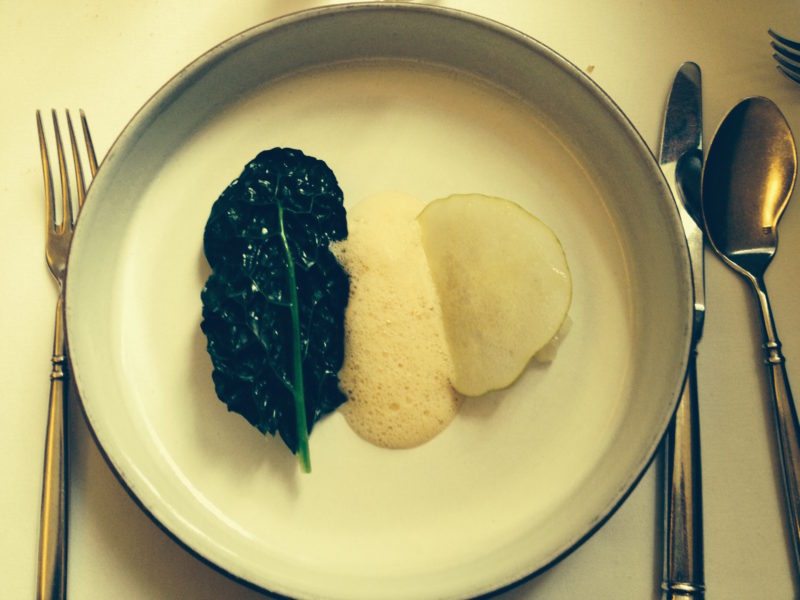 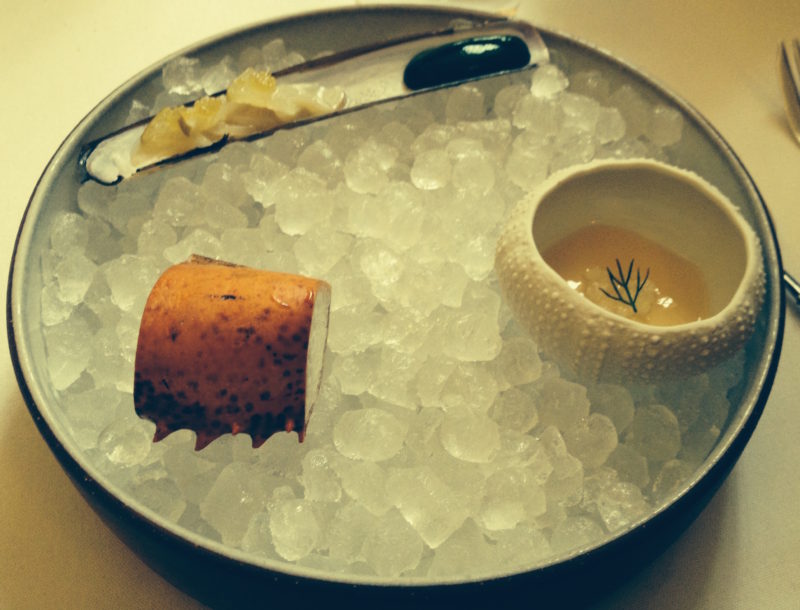 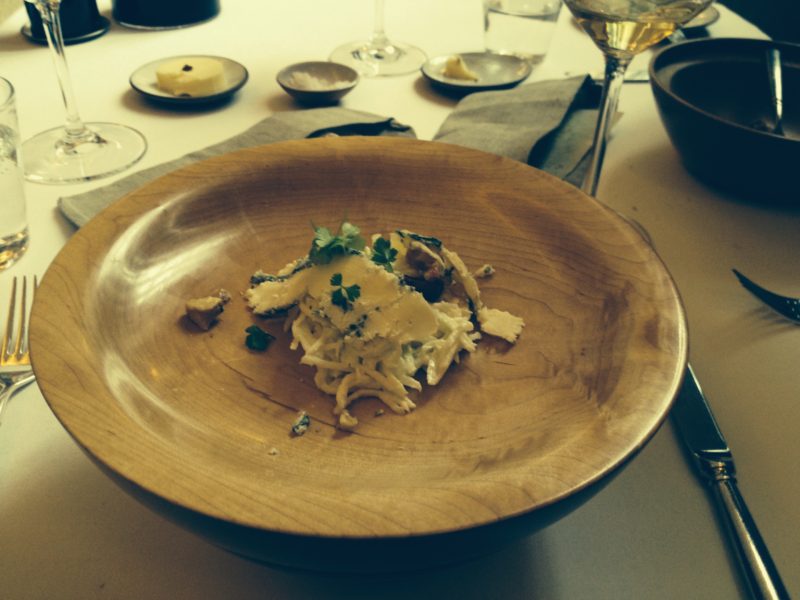 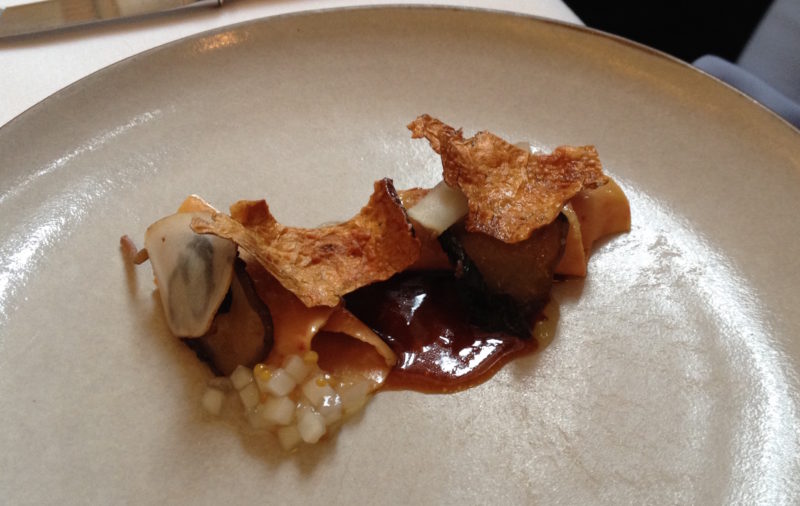 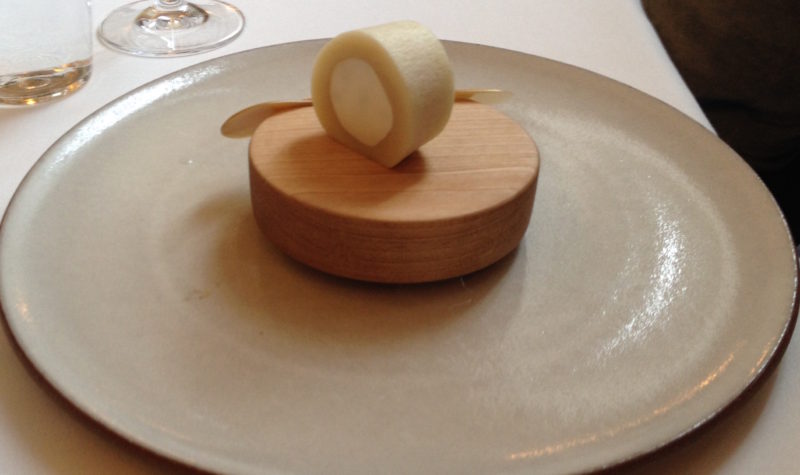 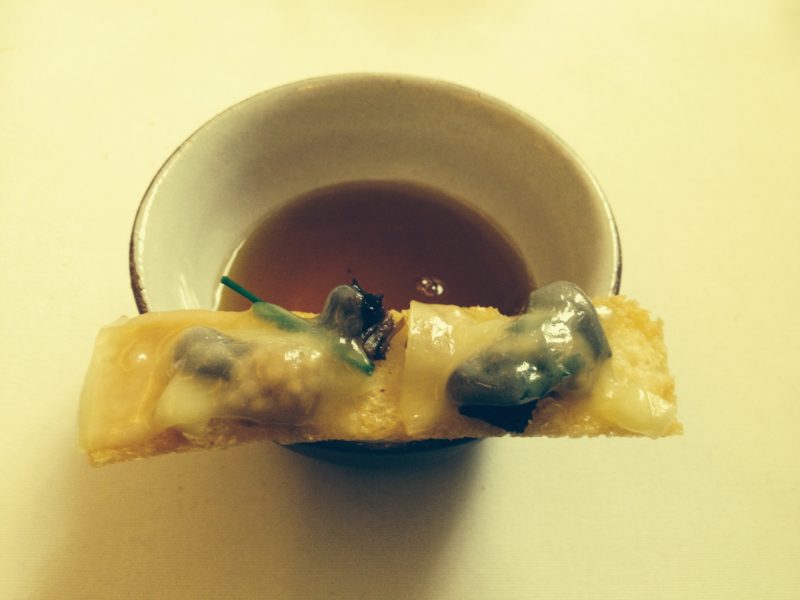